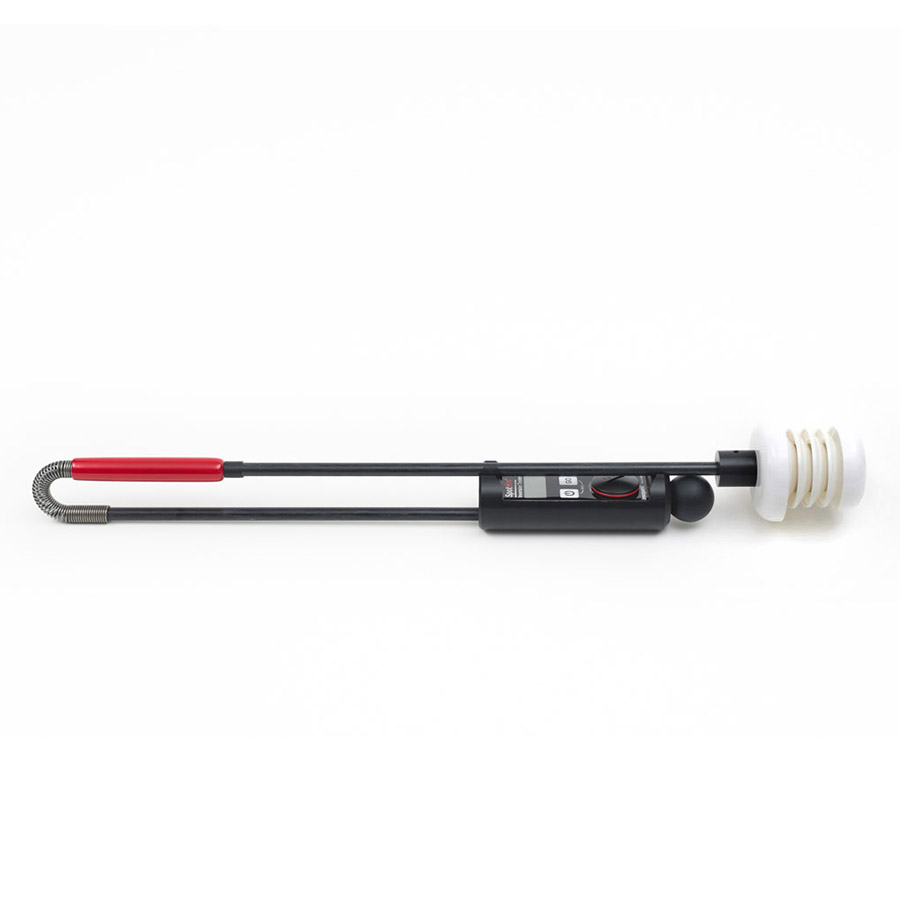 (Woodstock, IL) Innoquest, Inc., the designer and manufacturer of sensors and measurement instruments, has released the SpotOn® Inversion Tester. Created to make measuring temperature inversions easier, the thermal tool helps growers and custom applicators reduce the effects of spray drift, which can be especially helpful when applying volatile pesticides or herbicides, like dicamba.

“This tool was created to help farmers and applicators more easily comply with new label requirements for temperature inversions,” Bill Hughes, President of Innoquest, said. “Many professionals recognize the difficulty in identifying the optimal time to spray since so many factors contribute to temperature inversions. The SpotOn Inversion Tester, which is collapsible and measures only a meter long, is convenient for applicators to use in the field. This highly sensitive tool also provides accurate air temperature at boom height to meet new label requirements.”

Why It’s Important
Temperature inversions, which indicate air above a field is warmer than the air at plant level, can cause sprays to drift from where they are intended and create significant problems. When spray is applied into very stable air, larger drops with greater fall velocities strike the surface within one to three seconds. Problems occur because smaller droplets fall only a few inches per second and may float in the air for long distances… even miles. Most of this movement comes from wind, but some applications can convert to gases that move even farther and into the atmosphere.

“The variety of contributing factors – air temperature, wind speed, humidity, dewpoint, direct and indirect radiation and more – can make it difficult for applicators to know when it’s a good time to apply their pesticides or herbicides. The likelihood of drift can vary so much and – even when the time appears to be right – could create problems in drift,” Hughes said. “I believe that’s why I started getting inquiries about a tool for testing temperature inversions after the dicamba/soybean problems in 2016 and 2017. And, since I wasn’t aware of an effective measurement tool, I decided to invent one.”

As part of the development, Hughes sought the input of several university officials, including Andrew Thostenson, a pesticide specialist at the North Dakota State University Extension Service. Thostenson, who has had a prototype since last November and has been touting its use at various farm meetings, said: “Even a difference of a half degree or degree may be a significant inversion, so it’s important to pay close attention to the readings. If you spray during times like this or when there is even a greater difference in degrees, then the spray will not go where you intend it to go… only the big droplets will stay.”

How It Works
The tool’s temperature sensor is surrounded by a shield that protects it from direct sunlight and other sources of radiation. By holding it at one meter and three meters above ground and waving it for about 20 seconds, the operator can easily and accurately detect the temperature reading. If the temperature is higher at three meters than at one meter, there is an inversion and spraying is not recommended. The temperature accuracy of the SpotOn Inversion Tester is traceable to the National Institute of Standards and Technology (NIST). For a demonstration, watch the video.

What It Does
A handheld tool for measuring temperature inversions in the field, the SpotOn Inversion Tester detects low-level thermal inversions and air temperature at boom height as required for pesticide/herbicide application. It also:

Made in the U.S.A., the weatherproof, lightweight SpotOn Inversion Tester includes a replaceable lithium battery for 100 hours of “on” time. The thermal tool lists for $375 and comes with a one-year warranty. For more details or to find a distributor, call 1 (800) 637-1623 or visit innoquestinc.com.

Innoquest, Inc. has been designing and manufacturing sensors and instruments made in the U.S.A. since 1993.

Downloads and More Info About the SpotOn® Inversion Tester 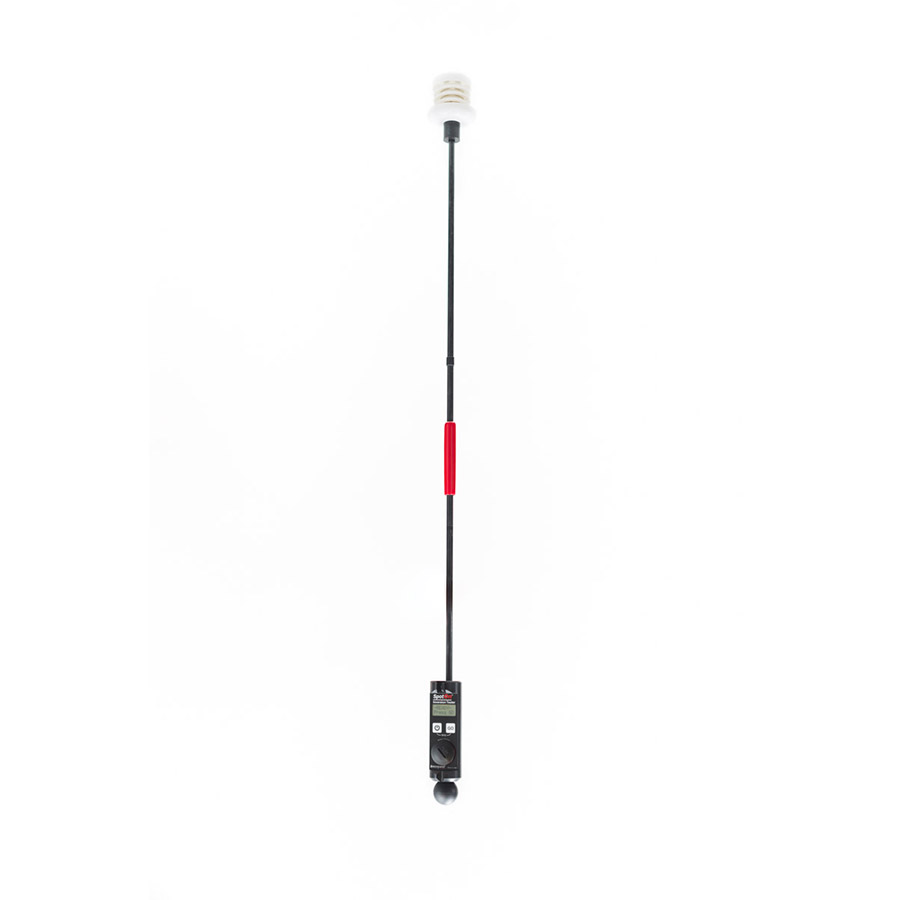 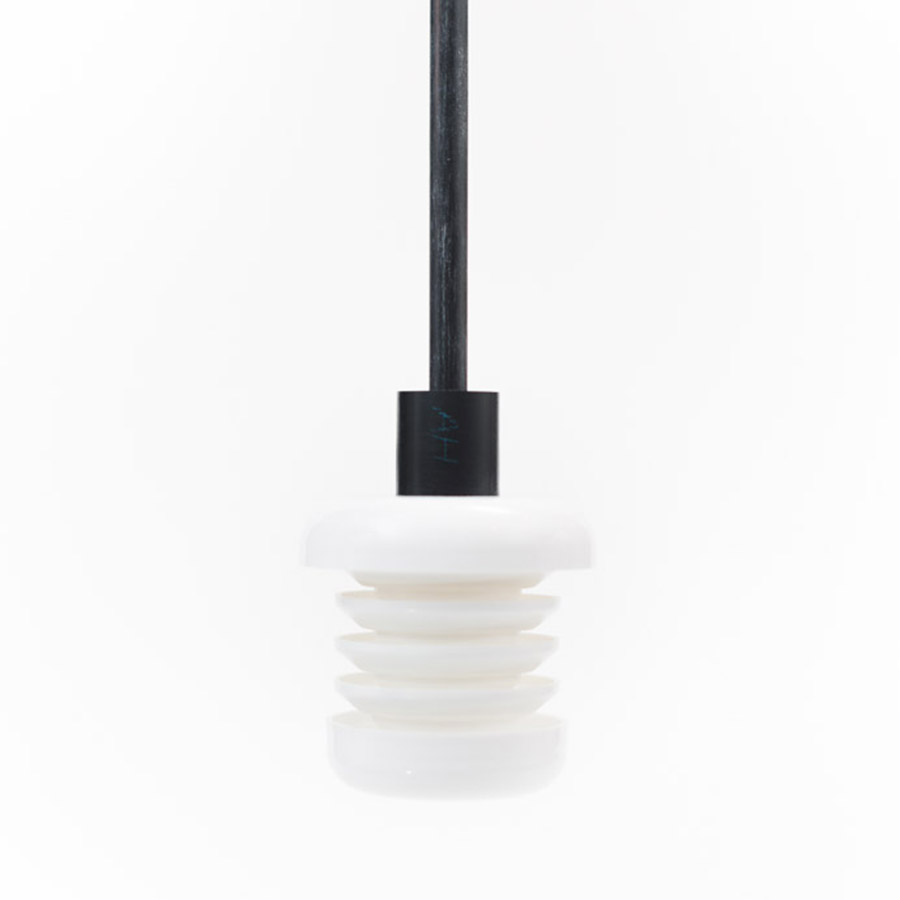 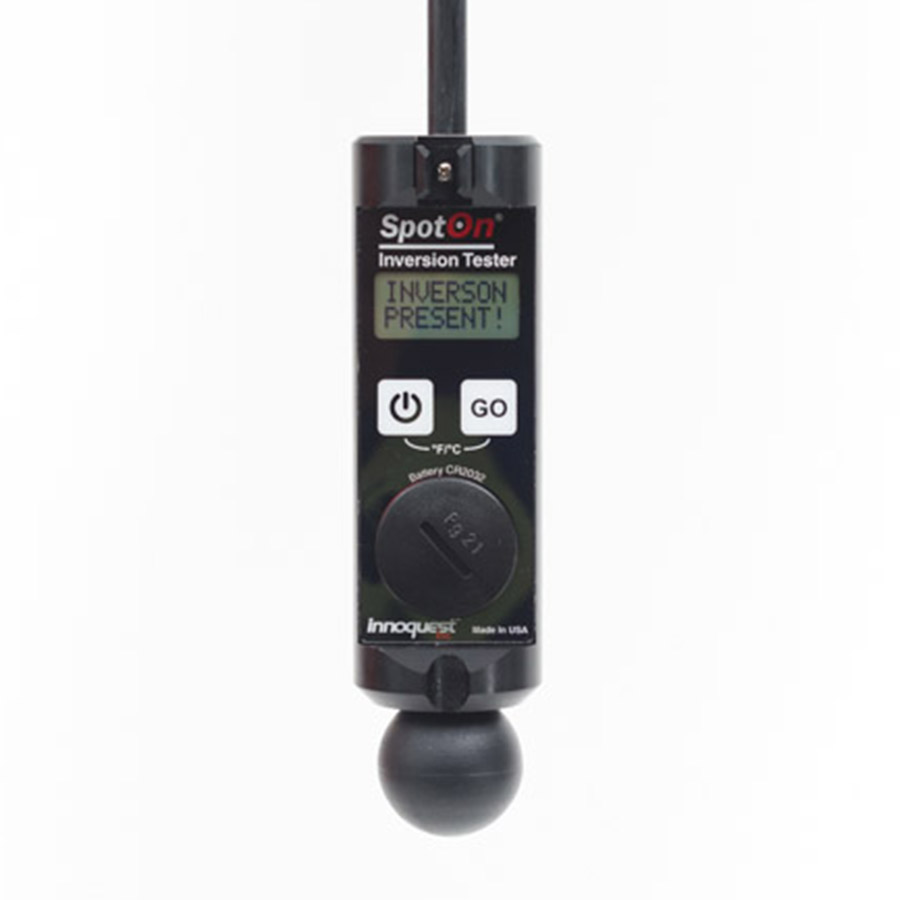