Check Out The SpotOn® Inversion Tester in Prairie Farmer! 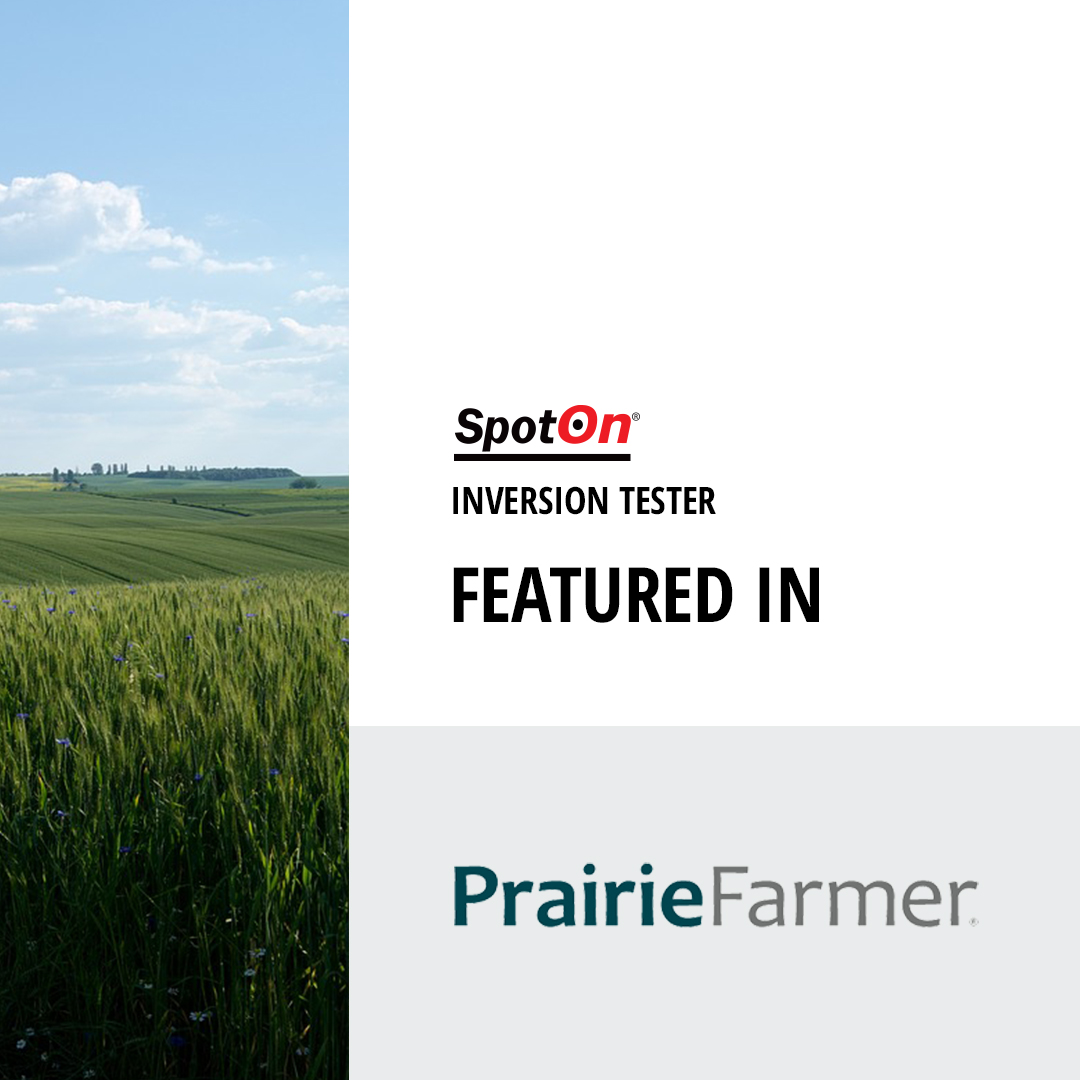 Have you checked out Prairie Farmer lately? If so, you might have seen the feature on our SpotOn® Inversion Tester. We are so excited to see it reviewed, a huge thank you to Tom Bechman for the piece.

“If you spray the newest dicamba herbicides on Xtend soybeans, then “temperature inversion” may already be a household term. Some people believe temperature inversions can lead to potential crop injury with off-target movement of dicamba onto sensitive crops.

Meteorologists say temperature inversions occur when the air several feet above the ground is warmer than the air at ground level. Such inversions are relatively common in Indiana during spraying season, especially in the evening and early morning, says Bill Johnson, a Purdue University weed control specialist.

When the U.S. EPA renewed registration for these herbicides, it added restrictions that prohibit spraying until one hour after sunrise and requires stopping two hours before sunset.

Helpful invention
A colleague knew William Hughes was an inventor. When he realized a better way to detect temperature inversions could help people decide when to spray, he encouraged Hughes to tackle the problem. Hughes built two prototypes and came up with the SpotOn Inversion Tester. His company, Innoquest Inc., Woodstock, Ill., began offering it last spring.

The tool measures air temperature near sprayer boom height, at 1 meter above the ground, and at 3 meters. If the 3-meter reading is higher, it reports an inversion.

Normally, temperature cools as you move up from ground level, Hughes explains. Spray particles can push upward instead of moving sideways. However, when the air at 3 meters is warmer than at 1 meter, particles are trapped. In theory, even a half-mile-an-hour breeze can move particles a half-mile in an hour, Hughes says. That could be onto your neighbor’s field.

Test the device
Innoquest sent me a SpotOn Inversion Tester to try in 2018. Even though I am usually challenged in this area, the instructions are straightforward. The company’s website also features a video of Hughes demonstrating the device…” Continue reading HERE.

LEARN MORE
SELL THIS PRODUCT
WHERE TO BUY